Can you believe it’s that time of year again already? It doesn’t seem that long ago since we were sweltering in the balmy heat of Summer and suddenly we’re in October, with both Halloween and Christmas on the horizon.

I don’t know about you, but I love this time of year; spiced pumpkins, autumnal leaves and a wealth of chocolate coming to the fore, but why exactly do we celebrate Halloween and more importantly why do we choose chocolate for Trick or Treaters?

Why do we celebrate Halloween?

Halloween goes by many names, All Hallows Eve, Hallowe’en or even All Saints’ Eve and is celebrated annually on 31st October across the world to remember those who have faithfully passed from this world, including Saint and Martyrs.

Where does the tradition of Trick or Treating come from?

When it comes to Trick or Treating, Wikipedia suggests that “From at least the 16th century, the festival included mumming and guising in Ireland, Scotland, the Isle of Man and Wales.

“This involved people going house-to-house in costume (or in disguise), usually reciting verses or songs in exchange for food.

“It may have originally been a tradition whereby people impersonated the Aos Sí, or the souls of the dead, and received offerings on their behalf, similar to the custom of souling...

“Impersonating these beings, or wearing a disguise, was also believed to protect oneself from them. It is suggested that the mummers and guisers ‘personify the old spirits of the winter, who demanded reward in exchange for good fortune.’”

Interestingly, it seems that the earliest forms of ‘Trick or Treating’ are far more rooted in our history than it is in our overseas friends in the U.S. Despite, the holiday being much bigger and more widely accepted in the States, the earliest recorded practice of ‘guising’ was made in 1911, where an Ontario newspaper reported children ‘guising’ in the area.

According to Wikipedia, the earliest known use in print of the term ‘trick or treat’ in print appeared in 1927 in the Blackie Herald, Alberta, Canada.

Have we always given chocolate at Halloween?

Traditionally, early trick or treaters (aka guisers) would have received cakes, fruit or money from homeowners but today’s trick or treaters receive chocolate, sweets and other small treats, over the years it is likely that this has evolved as a consequence of convenience – with individually wrapped sweets and chocolate becoming far more accessible than before.

When it comes to making delicious Halloween treats, our chocolatiers love to experiment with spooky designs – from hand-piping chocolate cobwebs on our Halloween-themed Pizzas to pouring and turning out Halloween chocolate shapes from their moulds – every aspect of our chocolate-making is done carefully by hand.

Our Halloween Chocolate Pizza Slices even have their own costumes – with a fun box designed especially for the Halloween season featuring pumpkins, spiders and spooky witches hats.

Sending one of our Personalised Chocolate Pizzas as a Father's Day gift on Sunday 19th June, but don't know what to write? Don't worry we've got you covered! Okay, we know that condensing your feelings into just 24 characters is

Step into Easter with this delicious Mini Eggs Fudge recipe, that uses condensed milk to make a smooth creamy fudge that tastes amazing just a few minutes (+chilling time). For me, Fudge is one of those delightful indulgences, that always

For the ultimate chocolate indulgence this Easter, why not give these Easter Chocolate Parfaits a try? Made with double cream, melted chocolate, candied mini eggs and chocolate fudge brownies, this is an easy recipe to make with the kids over

Gourmet Chocolate Pizza Company is rated 4.75 stars by www.reviewist.co.uk based on 2332 reviews. 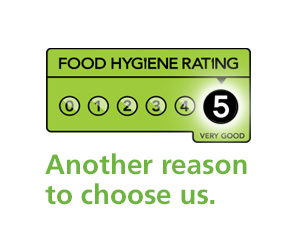 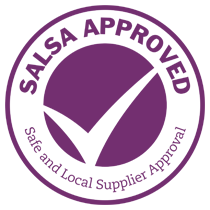